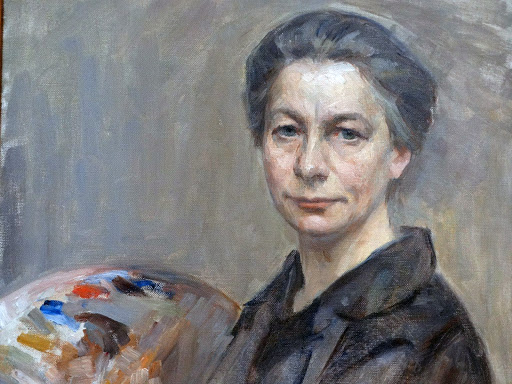 I find this self portrait by Slovenian artist Ivana Kobilca (1861-1926) to be compelling and also a bit mysterious! Beautiful strong brushwork and subtle, sure, color hit the eye, along with the engaging gaze of the artist. It looks like it was painted for fun, alla prima, perhaps as a way to use up the paint left on her palette from one of her more careful and studied studio oeuvres. One of the artist's most famous works, Summer, shows her lush Realist style, painted only 5 years previously. This is quicker, looser, more informal, lighter in tone. Seems like a very different period in the artist's development to me.  In addition, I think that in this painting  Ivana looks far older than the 33 or 34 years she would be if this piece is dated correctly. Note the gray hair at her temple? So, I'm wondering if this piece is misdated. What do you think?

Ivana Kobilca was born in Llubljna, Slovenia (the country formerly know as Yugoslavia.) She was the daughter of a wealthy and supportive family, one which placed a high importance on education.  She learned drawing from an early age and studied with artist Ida Künl. When she was 16, she accompanied her father on a business trip to Vienna; this was a transformative experience for the young artist. Inspired by the incredible art she saw there, she soon afterwards  left Slovenia to study in Vienna and Munich for about ten years. 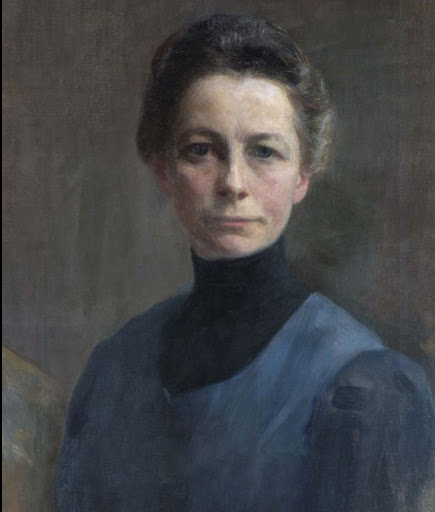 Punctuated by visits home, she then traveled, lived and worked in various other European capitals, like Florence and Paris, for the greater part of her adult life. She lived for quite some time in Sarajevo, and then Berlin, and then finally returned to Ljubljana just before the First World War. At the time of her death in 1926 she was described as the greatest female painter in the country.

I wish I knew something about her personal life, but none of the articles I read say anything about it. No marriages, children or close friendships are mentioned, though we know people do not exist in a vacuum! I'm kind of annoyed by her Wikipedia page which ends the otherwise decent biography by castigating her for not changing her style to Impressionism like all the other artists were doing at the time, and also characterizes her later work as "dull." None of the images I was able to find appear dull to me...maybe it's a case of beauty being in the eye of the beholder? Also, I really dislike when artists get criticized for staying true to their inner passion and not following current trends like the rest of the sheep. Just saying... ;-)

Ivana Kobilca is now regarded as one of the the most important Slovenian artists, male or female, of her time! She has posthumously received numerous honors, such as her portrait appearing on a Slovenian banknote: 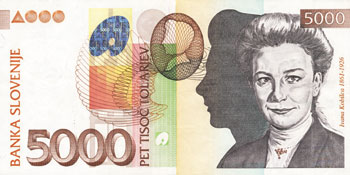 Her life and work were also the focus of a recent major exhibition, 21 June 2018 – 10 February 2019, at the National Gallery of Slovenia. She is quoted as having said, "Painting is something beautiful..." and she seemed to have wanted to inhabit that beauty her entire life.